The DAOhaus Boosts Marketplace is where you can discover, search and install Boosts for your DAO. We currently have around 15 Boosts in the following categories:

To explore the Boosts Marketplace, click on the Boosts icon (🚀) on the left Navbar as a DAO member. 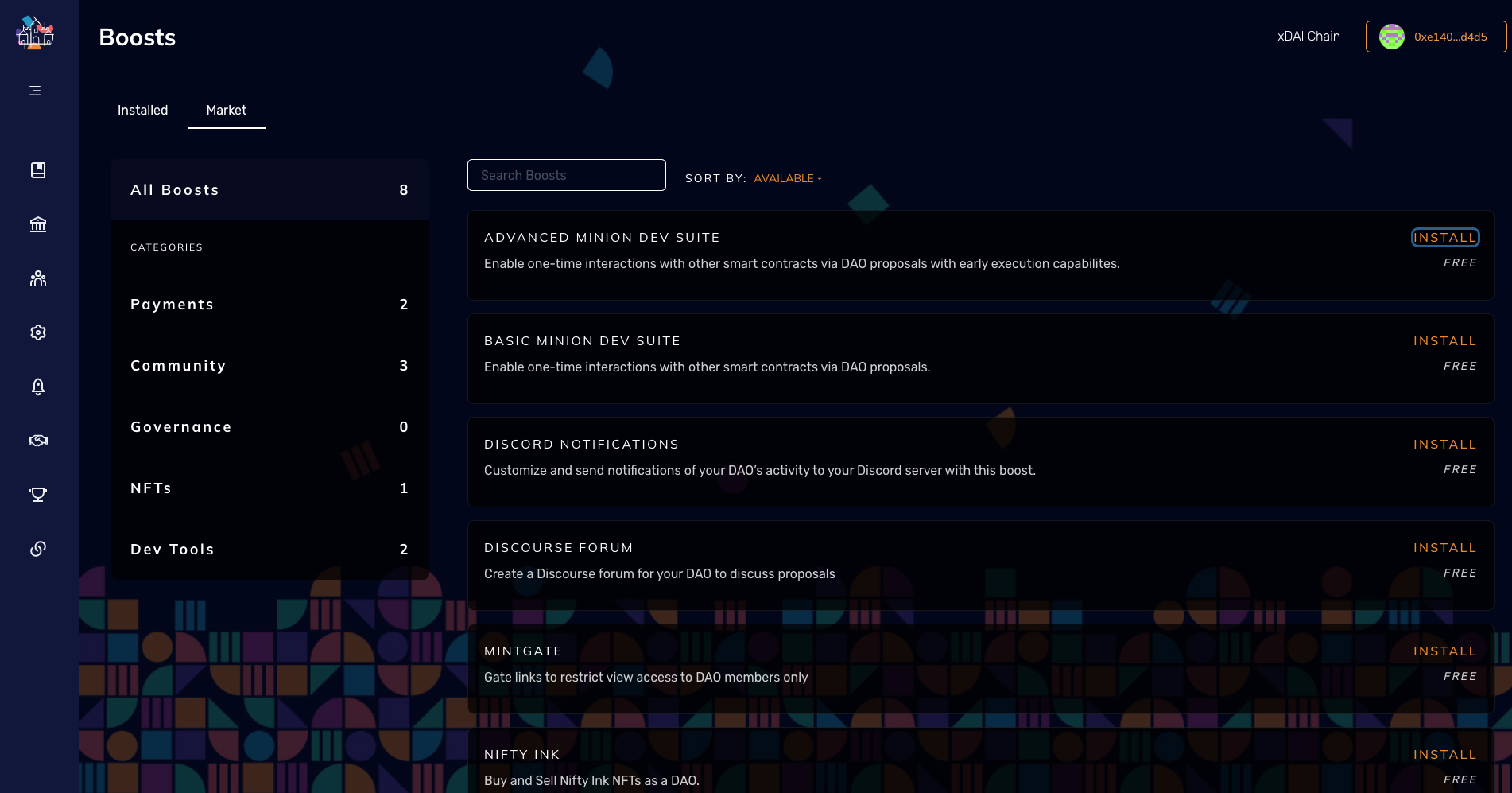 How do Boosts & Minions work together?​

Who can build Boosts?​

Boosts in the DAOhaus Ecosystem can be built by any community developers.

To learn more visit our developer documenation: How to build a Boost